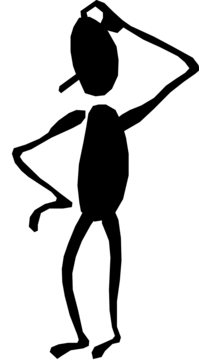 Many of the golf rules will be different from January 2019. This page will evolve over the next 2 months to help guide you through the changes.

New procedure for dropping a ball

Measuring where & how to drop

Procedure for taking back on a line

Under the new rules all "Water Hazards", as well as other types of areas so deemed by the "committee", will be referred to as "Penalty Areas". They are now allowed to, and will be at Deanwood, marked with red stakes which allows lateral relief. See next video.

You are no longer penalised for grounding your club in a water hazard (now called Penalty Areas). See....

Touching loose impediments or the ground in a penalty area

If you find yourself in an unplayable position in a bunker or decide that you are not able to play the shot required to get out of the bunker you now have an option to drop outside the bunker for a 2 stroke penalty. See....

Unplayable ball in a bunker

Loose impediments can now all be removed from a bunker without the need for any local rules and incidental touching of the sand, for example leaning on your club while waiting to play, is now allowed. Some contact with the sand is still NOT allowed. This rule is likely to be confused with the new rules for grounding your club in a Penalty Area, so beware! See....

Moving loose impediments or touching ground in a bunker

The most talked about change to the rules is probably the new option of a local rule allowing an alternative to a "stroke & distance" penalty if your ball is lost or out of bounds. This local rule is not suitable for competition play and to avoid confusion or misuse this local rule WILL NOT be applied at Deanwood for the time being. In casual play it is, as always, up to the players involved to agree any such "allowances" and that is no problem.

From 1st January 2019, you will have just 3 minutes to look for a lost ball, not 5 minutes as you do now. As before, the clock starts ticking once the player reaches the area and starts to search for the ball.

However if you move or tread on the ball during your search there will be no penalty. See the following link...

It can happen that you or another player mistakenly picks up another ball that is "in play". In that case....

Identifying a ball may require you to lift and possibly clean part of the ball to see the markings. You will no longer be required to announce your intention to lift your ball but you must mark it and only clean as much as necessary to identify your ball. Watch this demonstration...

Elimination of requirement to announce intent to lift ball

More rules updates and information will continue to appear here............

For all your questions you can email John Bowness - General Manager on john@deanwoodpark.co.uk . Alternatively you can speak to John or Nigel Hart, our PGA Professional in person. The club number is 01635 48772.

If you have any other issues or subjects you would like covered on here please let us know.

Etiquette & Getting Around the Course